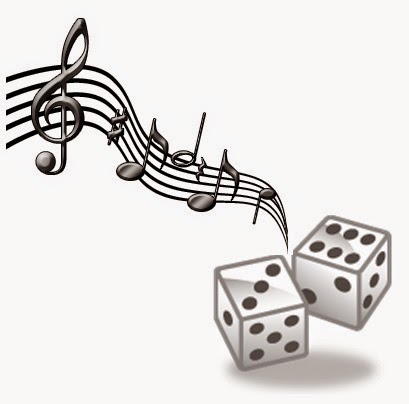 What with the new Smash Bros. game coming out on the 3DS and about to come out on the WiiU, my youtube subscription page has exploded in a display of celebratory Smash Bros. glory. As a result, I found myself digging out my copy of Super Smash Bros. Melee: Smashing… Live!Which was a CD of a live concert of Nintendo themed orchestrations. It had been given away in a copy of Nintendo Power back when Super Smash Bros. Melee had premiered on the Nintendo GameCube. As I was listening to it and being moved by this symphonic nostalgia trip (yes, moved- as a child, I fell asleep every night to the sound of my parents battling it out on Dr. Mario on the NES. To this day, the theme song of Dr. Mario makes me tear up a little- no joke) it got me thinking. And what I thought was this:
Video games can have truly amazing music- music that can really immerse the player in the world of the game. Why isn’t it the same for board games? Why can’t your copy of a game come with an included CD of suitably mood-enhancing music? Well, dear readers, look no further as I have compiled for your reading pleasure a list of the Top 5 Music and Game Pairings! Enjoy. 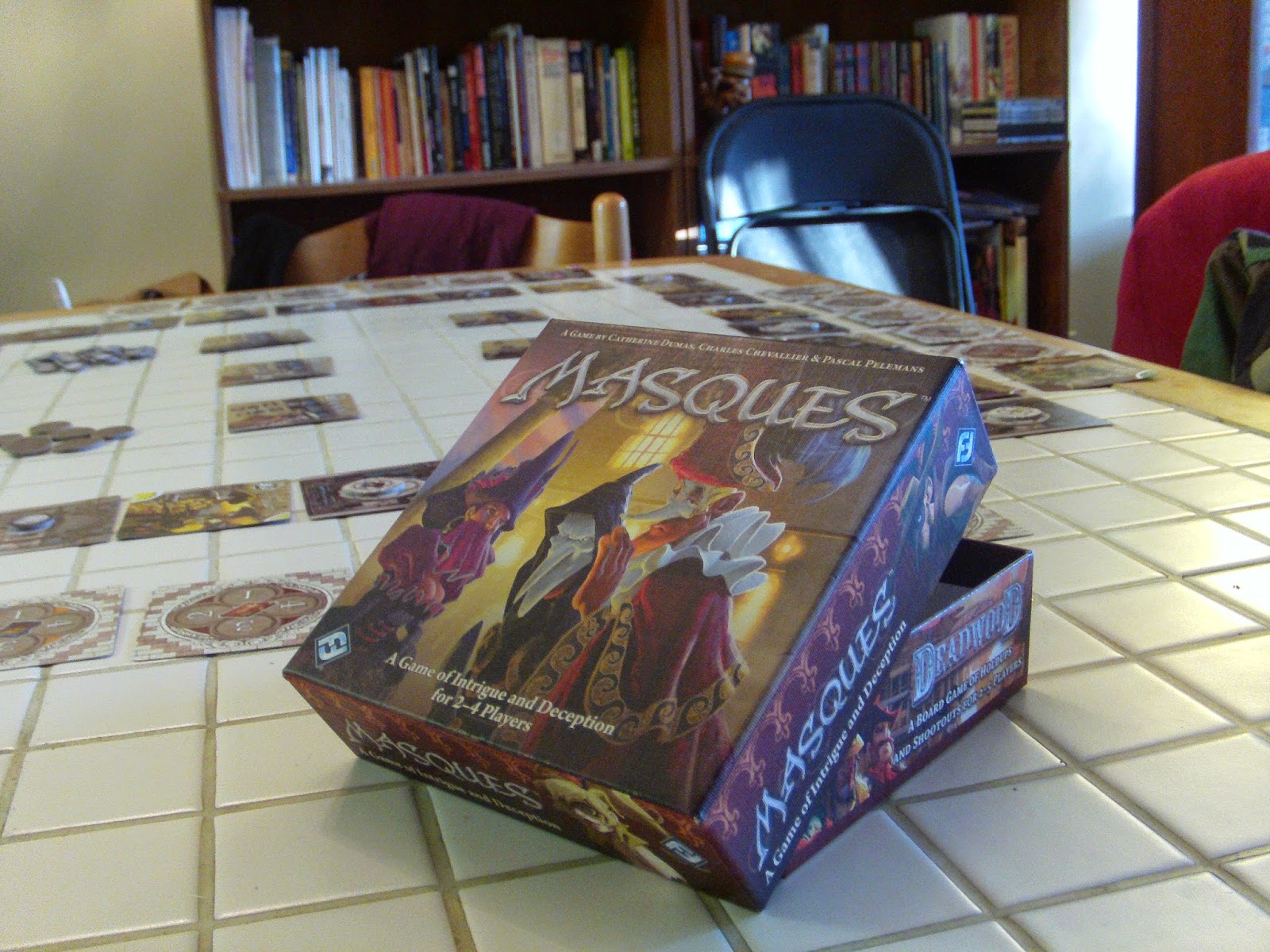 As you’ll recall from reading my review of Masques (if you haven’t, you can find it here) Masques is a game set in Renaissance era Venice. While the opera Gianni Schicchi is set in Florence, they still fit extremely well together. You’ll feel like a master conniver as you scoop up Tokens of Influence to the accompaniment of the aria O mio babbino caro. And the best part is, as Masques is a pretty short game, you’ll probably be able to get 2 whole games in during the course of this soundtrack, always a bonus for Renaissance era gentlemen and ladies. 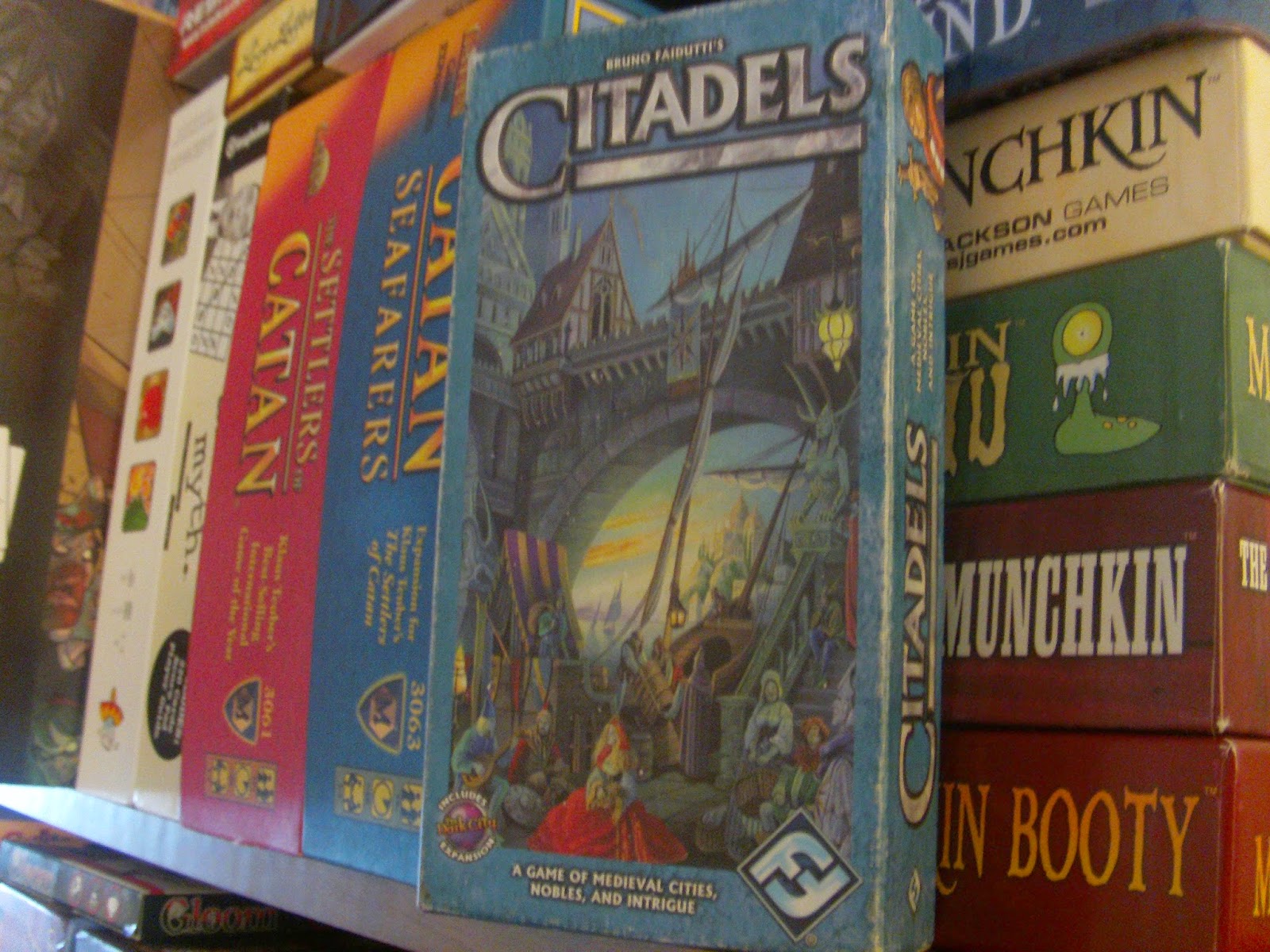 #4 – Citadels and the Game of Thrones Soundtrack

I know what you’re thinking: “Wouldn’t The Game of Thrones Soundtrack work better with the The Game of Thrones Board Game?” And yes, you’re probably right. However, I don’t own that particular game. What I do have instead is a game of medieval city building and conniving. It still has assassinations, it still has corrupt clergymen, it still has warlords. When you set all of that to the epic soundtrack of The Game of Thrones series from HBO, what you’ll get is an immersive experience that doesn’t take forever to play and won’t ruin any friendships (which I’ve heard can’t be said about that other game.) 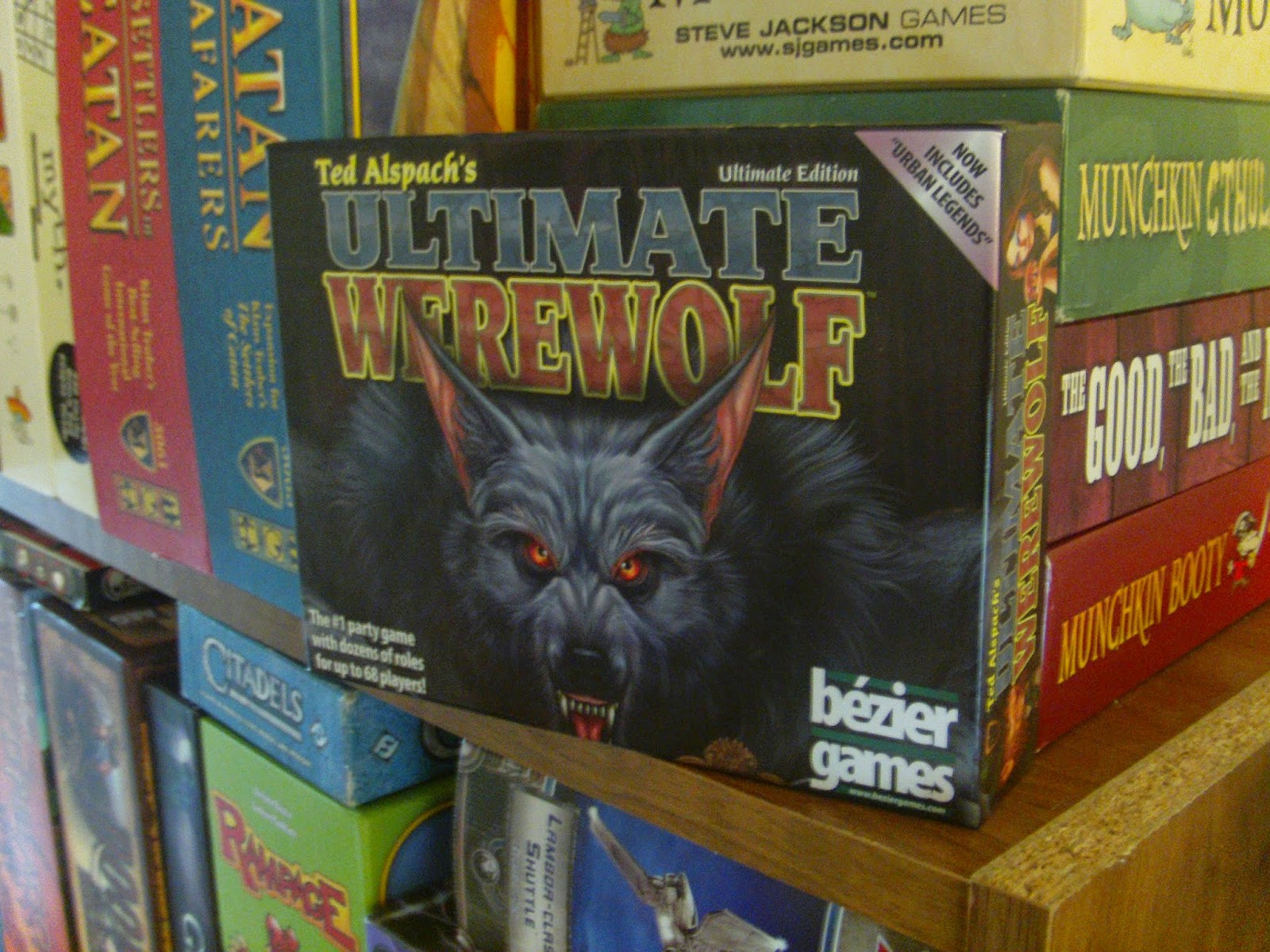 Okay, this one should be easy for anyone to accomplish. I know that in Halloween stores across the country right now, there is a plethora of cheap CDs of Halloween-themed sound effects. Creaking doors, ominous chain rattlings, groaning specters, all on one convenient plastic disk. What better way to set the mood for a tense game of “find the Werewolf before it eats you?” What’s more, once the game is over and either the Werewolves have been discovered or the requisite number of villagers have been devoured, why not wrap up the night with a group dance off to that most Halloween-y of songs: Michael Jackson’s Thriller, narrated by the king of the macabre: Vincent Price? 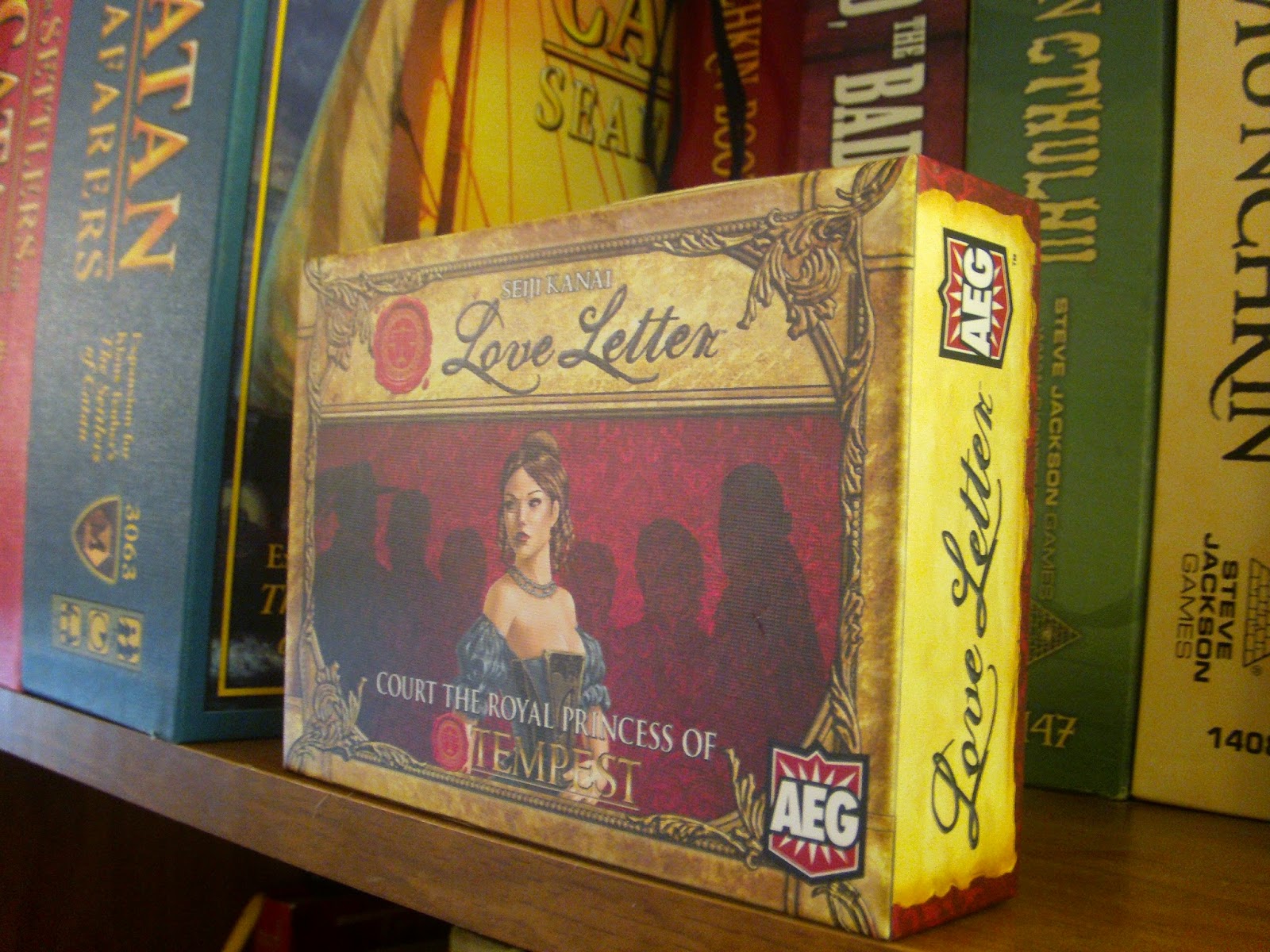 #2 – Love Letter and any harpsichord music

Nothing says courtly love like the harpsichord (at least to me, anyway). If you haven’t read my review of Love Letter (here it is) it’s a game of courtship in the pursuit of a beautiful princess. Why not set the stage for this tale of wooing nobility by putting on the delightfully dulcet tones of that most noble of instruments, the harpsichord? (and also, in my humble opinion, one of the most unjustly underrated- just behind the banjo.) Okay, I know that this might not be everyone’s particular cup of tea, but trust me- this is a match made in heaven. 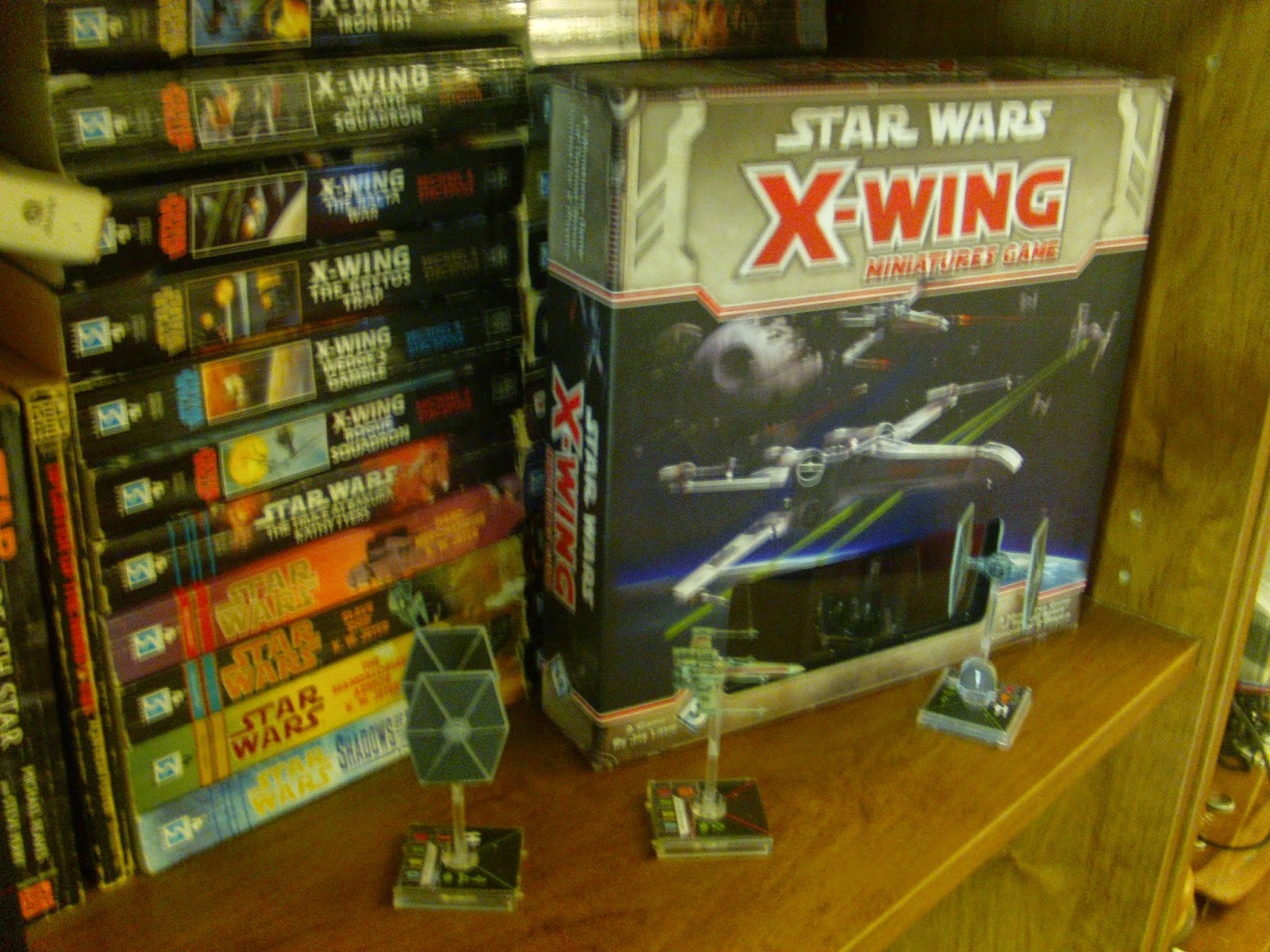 If you read my review of the X-Wing Miniatures Core Set (and if not, it’s here), I’m sure you saw this one coming. Say what you want about the quality of the acting or the storytelling of this series of films- but I think we can all agree on one thing: John Williams is a master at his craft. I guarantee that if you get some friends together, put all the ships you have on the table and go for the most epic knock-down-drag-out space battle, all to the soundtrack of possibly one of the most influential film series of all time- by the time you get to the celebratory Ewok song, you will swear you took down the Empire yourself (or crushed that Rebel uprising… depending on what side wins).
So there you have it, my list of the Top 5 Music and Game Pairings, I hope you enjoyed reading it as much as I did coming up with it. But I’d love to hear your own thoughts. Have you tried these pairings? What did you think? Do you have your own pairing that you like to use to set the mood for your own Game Night? Why not share your thoughts, opinions, disagreements and suggestions below in the form of a comment? I’d love to hear your thoughts.